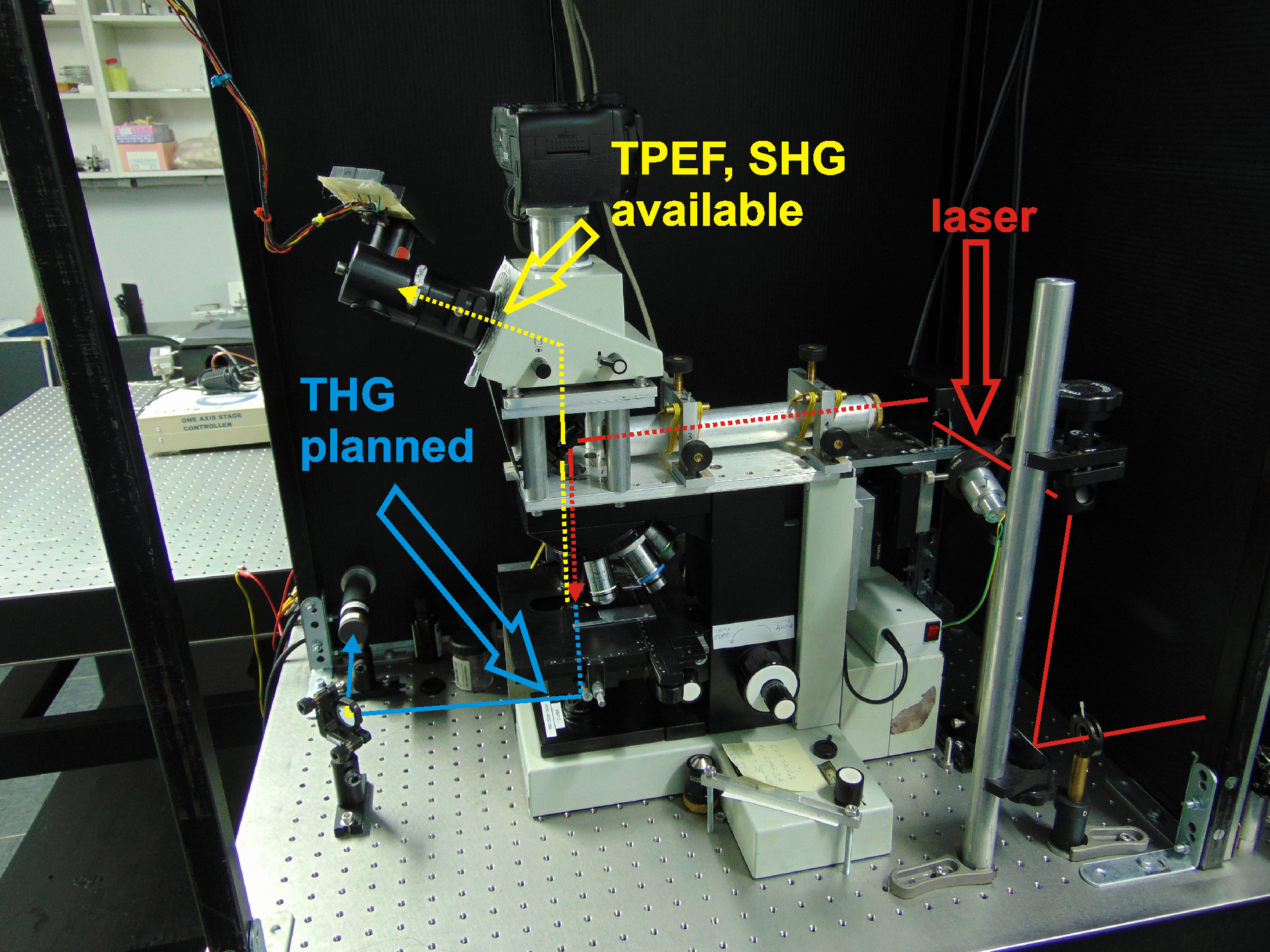 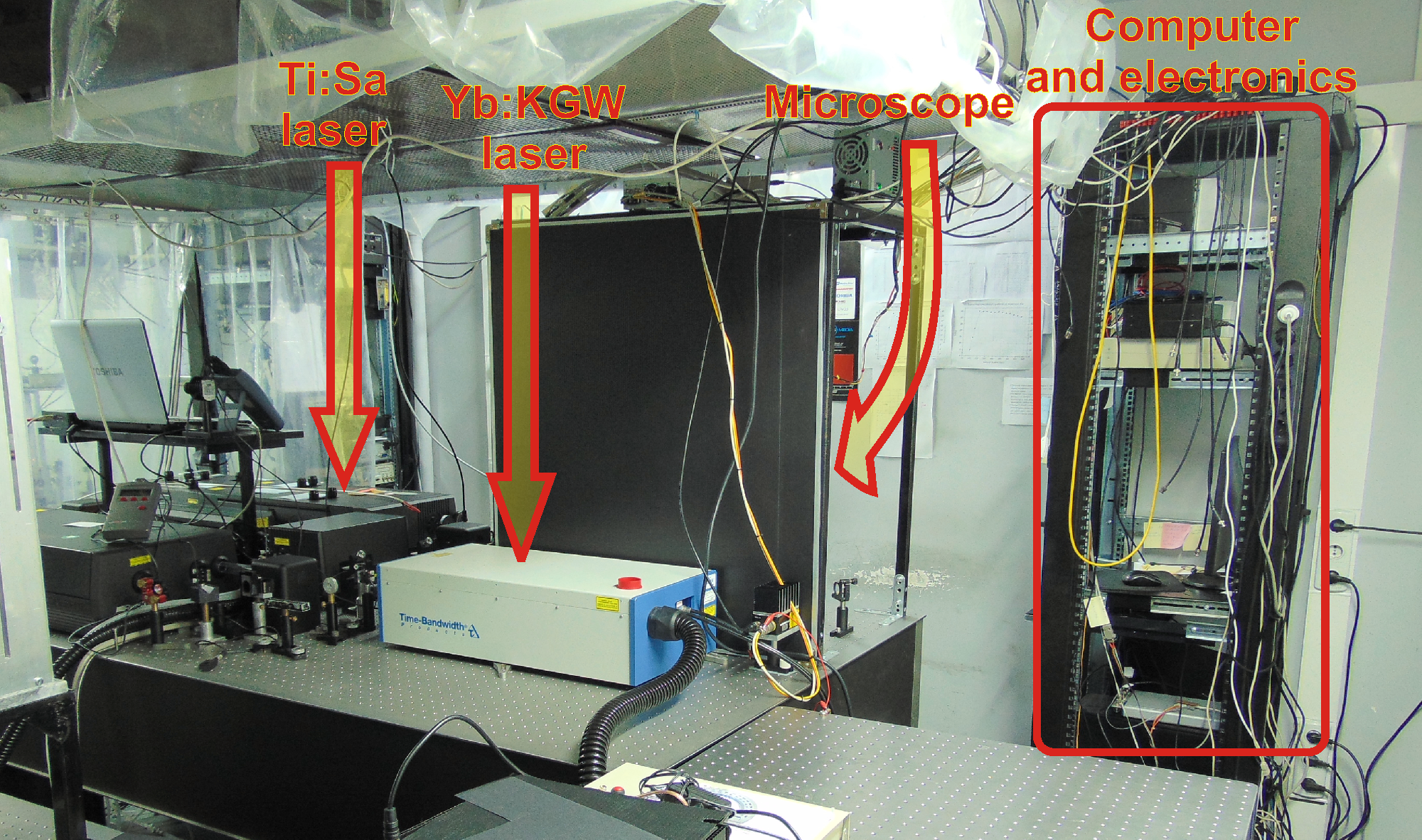 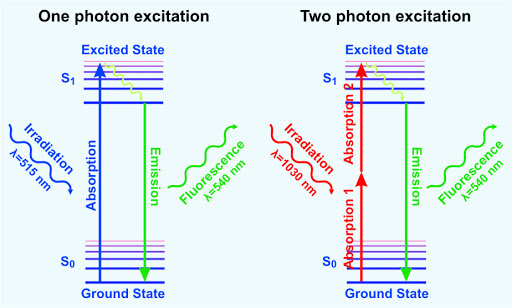 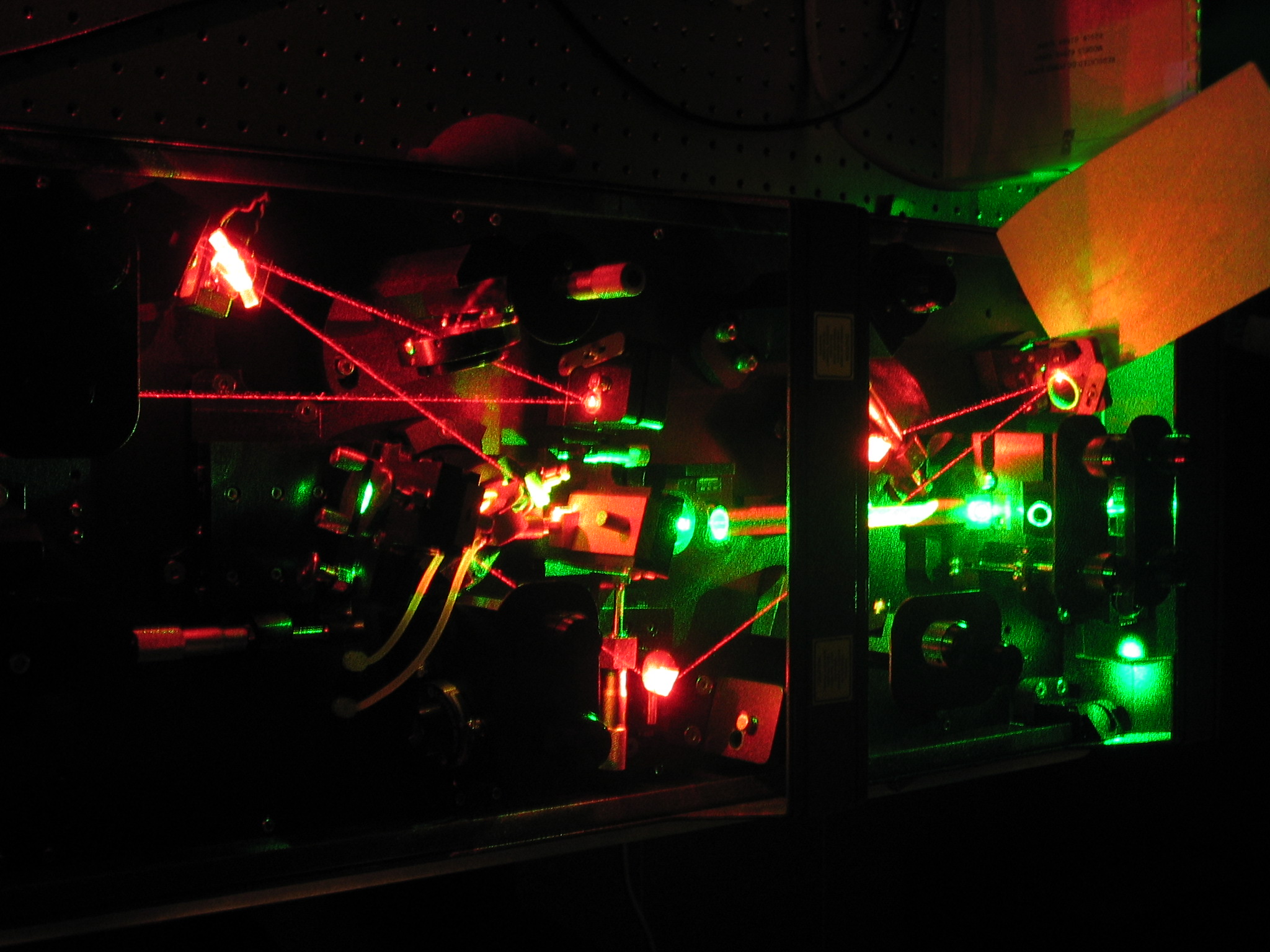 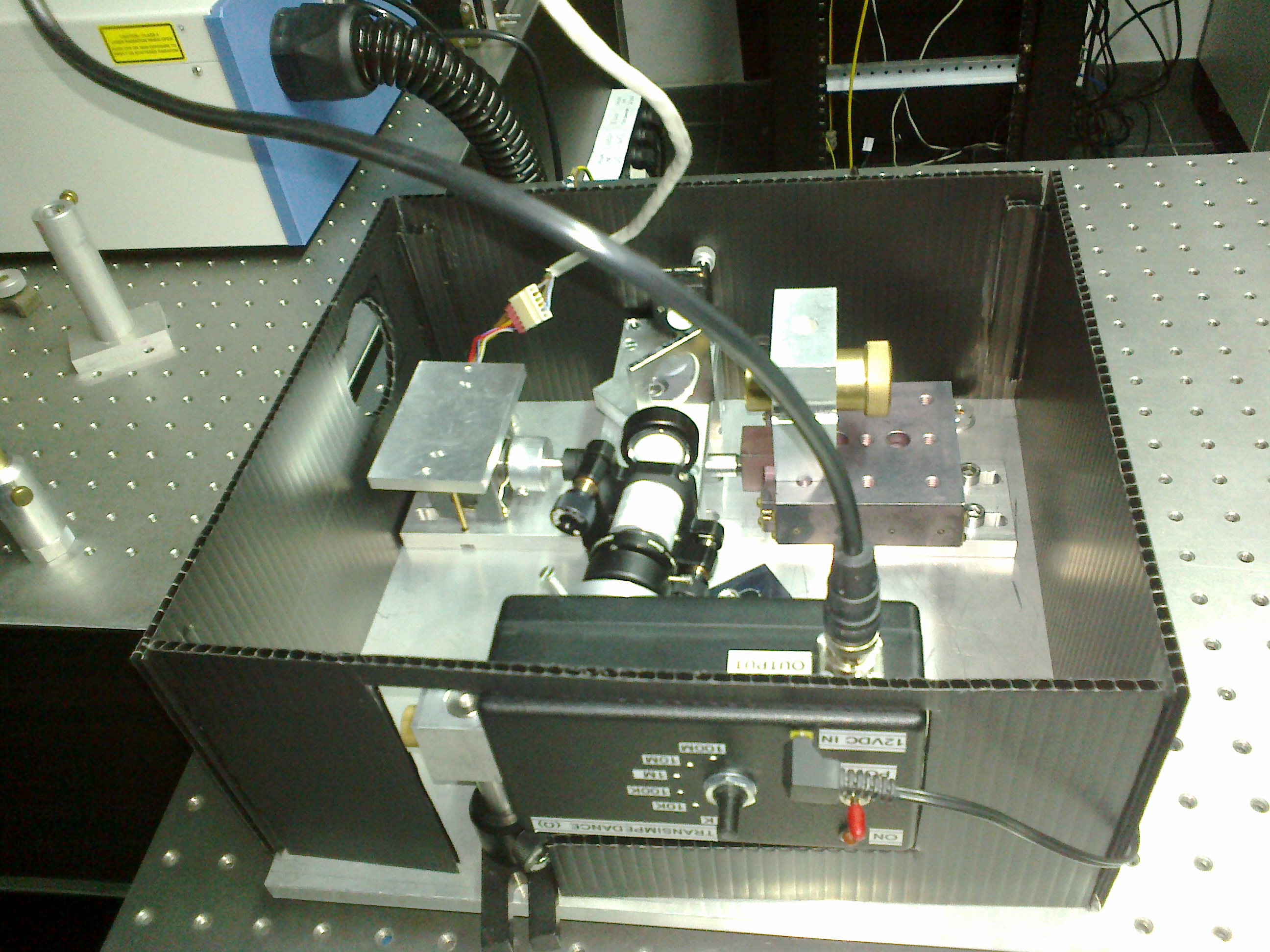 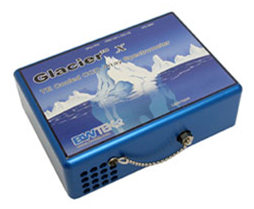 Our homemade experimental setup for nonlinear laser scanning microscopy (NLSM) have both, reflection and transmission detection arms, and consists of following imaging modalities:

In addition, there is possibility for sample processing: cutting, inscription of arbitrary patterns, selective photo bleaching.

More about the NLSM setup

More about the lasers

Portable, fiber coupled, USB spectrometer, coupled with NLSM setup, for very weak fluorescence signal measurements and spectral analysis upon the excitation in the arbitrary chosen point on the image.

More about the spectrometer

In near future we plan to develop two more microscopic techniques:

General. TPEF and SHG modalities are fully operational in back reflection arm, while the transmission arm for both THG and SHG is under development through the HEMMAGINERO project. Also, it is possible to perform polarization SHG imaging in backreflection with control of both, polarization of incident laser beam and polarization of SHG signal (analyzer).


NLSM set up with lasers

Detection and acquisition. For detection in back reflection arm an analogue PMT is used, while in transmission arm a PMT with photon counting module is planned. Maximal recording speed is approximately 1s for 1024x4024 pixels image without averaging, which is limited by the sample rate (1.2 Msamples/s) of the NI-639 acquisition card.

Concept of nonlinear laser scanning microscopy NLSM is an imaging technique, similar to confocal microscopy, where the laser beam is scanned across the specimen, the laser beam interact with the sample material and the signal is detected by a photodetector and recoreded on the computer. The image is formed on the computer from the recorded data. Unlike confocal microscopy where continuous lasers are used, in NLSM the ultrashort laser pulses are utilized. Due to high peak power of ultrashort laser pulses (~100 fs duration) the nonlinear optical effects become detectable. In the same time the average power of the laser beam is low enough to keep the samples undamaged.

Adventages and applications of NLSM The laser beam is usually focused by high numerical aperture (NA) objective in order to have as tight as possible focusing. Due to tight focusing and ultra short duration of the laser pulse, the signals occur only in very confined region, i.e. in focal volume, enabling imaging:

NLSM is indispensable technique for in vivo imaging! 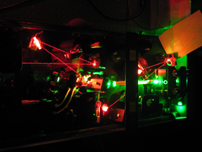 
Home-made optical autocorrelator for ultrashort pulse duration measurements. Built up through the bilateral projects with DESY.


Sensitive, fiber coupled USB spectrometer with high SNR suitable for the detection and analysis of weak fluorescence originating from the biological samples.

Purchased through the project "Move For The Science" funded by Filip Moriss.